Almost everyday I feel so super grateful to be a stay at home mom. So lucky to watch my kids grow and learn and interact and be there for it all. Most days I have no desire to enter the workforce or find validation outside of my home. But of course there are days. Days like today where the kids have been out of school for weeks and we have been doing swim team each morning, but not many other scheduled activities. Days like today, where it seems like each time I turn around my darling 15 month old has plucked another marker out of thin air, rubbed it across her face and any other nearby surfaces. Days where my children are arguing (loudly and physically) nonstop it seems and pouting and whining in between the fights. Days where I focus on what a terrible house keeper I am and how many loads of laundry I am behind and how much I dislike making dinner. Days like today I like to imagine that I could have excelled at something and turned it into a career where I would have been seen as creative and intelligent and valuable. But here’s the thing. I could have done that. I know I could have. I chose to stay at home and be a full time Mom. Sometimes it seems so monotonous, demanding, exhausting, and unappreciated. But I suppose most jobs get like that. I know what I do is important and I know that I can keep pushing myself to grow and improve. On days like today I just have to remember the rewarding moments that come daily of watching my children make good choices, show compassion, try something new, give me a hug, and smile up at me. It’s a good job. I think I won’t quit just yet.

I was recently called as the Relief Society Activity Committee Coordinator as my church calling. It means I get to head a committee in planning monthly activities for the women in my church. Well I got tossed in head first, because the first activity I was to plan was celebrating the Birthday of the Relief Society, which is only second to our Christmas activity in scale and turn out. We decided on a Bee and Honey theme that went beautifully with the talk that I chose for our spiritual theme of the night- Elder Ballard’s  “Be anxiously engaged”.  With tons of help from my committee and especially Merrilee Kenney and my friend Kristen Hon, we were able to pull off a really beautiful night where we were uplifted, and had fun and got to know each other. 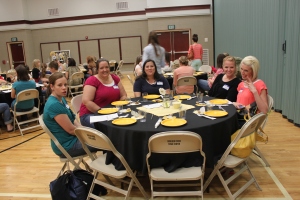 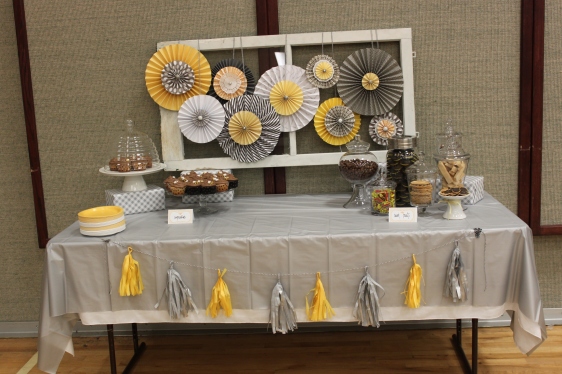 The dessert table. The window frame with fans and the tassles were made by Kristen. 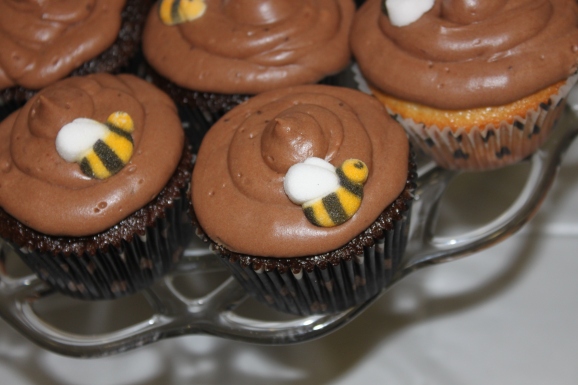 Cupcakes made for hours at my house by my friend Erin Hansen. 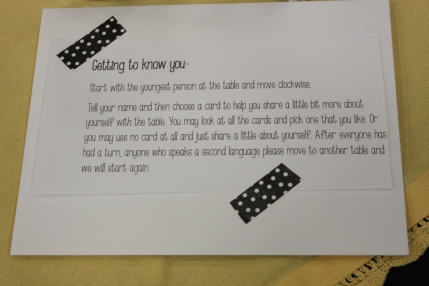 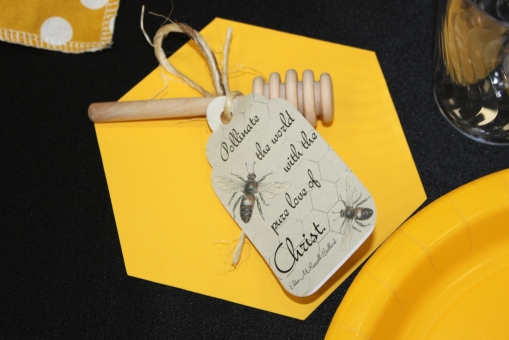 Honey dippers with this quote from the talk we watched were at each setting for the women to take home. The hexagons were for each women to write down an act of service that had been performed for them or that they had performed for someone else.

Women from the ward brought homemade bread and we had a couple different honeys for them and honey butter at each table. We also had honey lemonade. 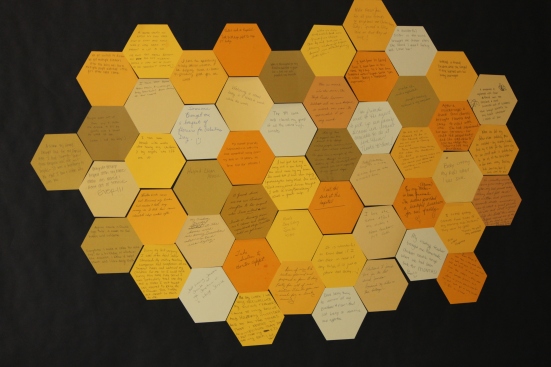 The women then taped their acts of service up to build a hive.